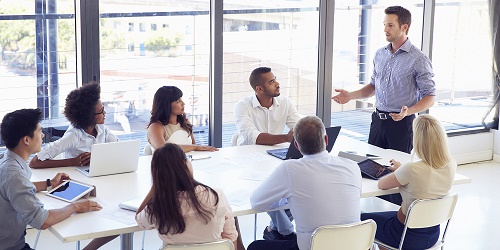 Many are now sensing an overwhelming leading of the Spirit to return to the sort of Christian community Jesus formed with His disciples and the one the Spirit formed at Pentecost. Our current church model has done more to hinder Christian community than foster it, featuring an event-driven model that makes people believe they have community when they really don’t. We go to church. We go to Bible studies. We go to retreats and other means of fellowship. We even go to do ministry. What do the words “go to” indicate, other than we’re returning to where we were? It’s not lifestyle, but a visit. It’s not who we are, but one more event we “do.”

We have created islands of existence through event-driven living, and it keeps us from true community. How do we build a new model upon a new foundation that incorporates all aspects of our lives, and makes us lifestyle-driven? We must embrace a new perspective of what Christian community looks like. We must change our paradigms and build upon a sustainable foundation, for Jesus said anything built upon faulty foundations would not stand.

The most critical area of life we have neglected when trying to establish communities is, ironically, the place most people spend the majority of their waking hours: work! Work is a good, godly pursuit, but when it becomes just one more of our islands it becomes one more place to compartmentalize our lives apart from our faith. For this reason, we at Marketplace Saints believe we must integrate “the marketplace” into our communities, because community is simply not possible when you leave the place people spend so much of life in out of the equation.

How do we do this? We employ a single facility, or campus, depending upon the size of the community, that contains the following elements:

We believe all of this can be done if we just come off our islands and stand on common ground, with a new perspective, and a common purpose featuring a balanced focus of internal strengthening and external mission. If we give people from all walks of Christian life a place to spend their time, their talent, and their efforts working together for the kingdom of heaven on earth we believe it can become a reality! It is to this goal we are wholly dedicated.

FELLOWSHIP OF THE MARKETPLACE VIDEOS

For many years prior to 2009, Michael had experienced a yearning in his spirit for true Christian community. He didn’t know what it looked like, only that it was not what organized religion was delivering. He would blog about this often, until one day he received a response to one of his blogs from a friend who had moved to Florida to start a new life. His friend told him he might want to come to Brooksville, a small town in central Florida, to see what God was doing there in the way of community.

In response, Michael went down from Denver and what he saw was to be the inspiration, if not the model, for the Marketplace Saints effort you will read of in these pages. What he witnessed was the first and only true, organic, grass roots Christian community he’d ever seen. Expanding from a small café in Brooksville to reach across three counties, this group served thousands each year with no money, no substantial donors, and no worldly explanation to offer. It was just two people who dedicated their lives and their business to the service of the Lord.

They began with a dinner served each Sunday to the large homeless population in the area, which inspired others who heard about it to start their own ministries, which became a network spanning three counties. Soon the Lord added a thrift store, a food pantry, all just miraculously provided. The café, called “the hub” of this band of disciples, was a house of prayer where both believers and unbelievers alike felt the presence of God. Many wandered in saying they didn’t know why they were there other than the Lord had told them to come. There Michael witnessed people set free and healed on a regular basis.

John’s entire journey was inspired by a vision he saw shortly after receiving Christ in 2001. He was on his knees praying one day when he was visited by Jesus who said, “John, the church is broken. It has become a business and forgotten about Me. But I will build My church in the marketplace” [hence the name Marketplace Saints]. Mike began to record his annual sabbaticals to Brooksville, a place he called In heaven on earth. So inspired was he by this phenomenon that in 2011-12 he wrote and produced a documentary to capture it for the benefit of others frustrated with traditional church trappings.

Sadly, the café was later sold and the group disbanded. Nonetheless, the impression the power of this concept indelibly printed upon Michael’s soul is what has inspired the Lighthouse Community effort. We hope you will click on the links below to view both the short trailer and the 45 minute documentary. Hopefully, it will inspire you to become a part of this movement and sign up your business or a ministry for the community center. Welcome to the new Fellowship of the Marketplace: the Lighthouse Community!