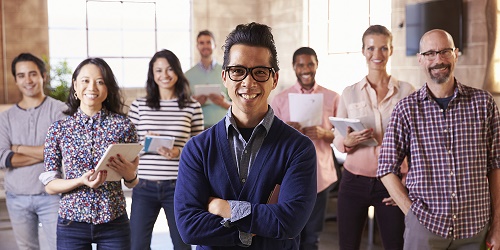 In 2009, the Lord gave our director, Michael Wolff, a revelation concerning the time of His re-appearing and that was everything will look very much the same before His second coming as it did before His first. Jesus’ first incarnation was heralded with the words, “Repent, for the Kingdom of Heaven is at hand,” as He brought the kingdom of heaven to earth for the first time and was Himself the kingdom incarnate. Many are now sensing the next “kingdom age” coming upon us. If that is so, how has God fulfilled His revelation? We have resurrected the false model of church known as temple worship in the OT, and it has left God’s people “lost in their own house” once again. God’s people are largely lethargic today as they were then, Pharisees and temple priests, in the form of pastors, are once again ruling religion and the temples have become, again, largely businesses. If Jesus were to come again tomorrow, He would find religion, and what it has done to His people, in pretty much the same condition, yes?

What was Jesus remedy to this false church model in preparing the kingdom to come to men then? He ignored religion, went into the marketplace, and created a living, breathing community with His disciples. In fact, gathering His community was His first order of business, prior to preaching, prior to doing miracles, prior to publicly bringing the kingdom to earth. When Jesus left us, He promised the Spirit would guide us on through time. What was the Sprit’s first order of business when He was revealed? Once again, before He sent out one apostle to preach, heal, or minister He established His community in the form of the Church of Pentecost! What is the message here? We believe this new coming of the kingdom age so many are talking about now will be heralded with God’s people moving out of our present religious model [temple worship] and back into marketplace community! With Covid-19, we now see God tearing down the temples as Jesus’ prophesied would happen to the Jew’s temple the first time He came.

The Marketplace Saints are called to provide an achievable model of sustainable Christian community that can be adopted anywhere by people who are seeking to move from the present church model into kingdom community life. We’re not pastors or professional clergy, we’re just passionate believers who think God anoints and sends out ordinary people to do extraordinary things. We call ourselves, and those seeking to redefine church, Marketplace Saints! The Lighthouse model takes viable steps toward a new and vibrant Ekkleesia of the Spirit, where we bring as much of life together as possible under one roof, creating a new platform from which to operate. We believe that will encourage a new and exciting lifestyle for its participants that will impact both their lives and the life of the community around them.

We envision establishing these Lighthouse Communities will have a twofold effect on the world around us: first, to network, encourage, and inform those with similar leadings as ours to continue a passionate pursuit of community. And, second, to become distribution centers of both spiritual and physical needs, shining like beacons of God’s light in our communities. These “LHCs” will incorporate individuals, businesses, and ministries spending most of their waking hours together, combined with a venue [coffee shop/café] to display that community to the world. LHC’s will present abundant opportunities for all involved to live out God’s kingdom mandates.

Through this website you will be given the information you need to understand what it means to be a Marketplace Saint, build a true Ekkleesia community, and how you can get involved in this effort from a business, individual, group, or ministry standpoint.

Our Ten Commandments of Community: